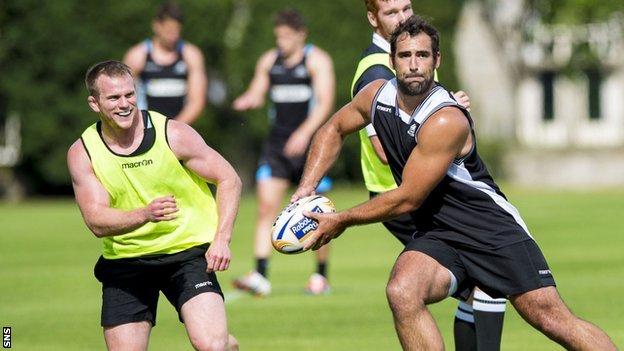 Six Scottish Premiership clubs have been aligned with Edinburgh and four with Glasgow Warriors in the professional draft for next season.

Currie opted to bracket themselves with Glasgow to enable a more equitable split of the 101 players.

Scotland 7s players are also aligned to the pro-clubs.

Promoted Boroughmuir had first pick of the Edinburgh players, with Stirling County having first choice of the Glasgow squad.

County were the lowest-placed last season of the Glasgow-aligned clubs.

Players from Scotland's two Pro12 clubs are farmed out to teams in Scotland's top tier when they require match practice.

Stephen Gemmell, Scottish Rugby's acting head of academy, said: "The pro-player draft is an important part of our joint determination to close the gap between the top end of the club game and professional rugby."