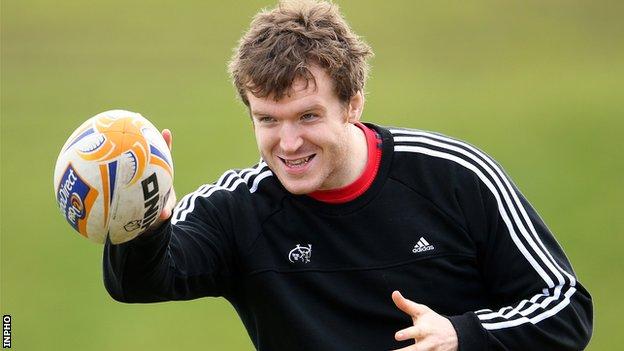 Munster will be without Mike Sherry for up to six months after the hooker underwent shoulder surgery for the second time this year.

Sherry missed the second half of last season with the injury but was expected to be back for the new campaign.

However, he faces a long lay-off after a check-up revealed a new problem.

Knee injuries are set to keep Keith Earls, Luke O'Dea and Gerhard van den Heever out of the Pro12 opener against Edinburgh on 5 September.

The trio will be sidelined for approximately one month while hooker Damien Varley could be back in time for the Edinburgh game following a foot injury.