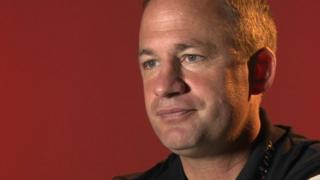 Gloucester's new director of rugby David Humphreys tells BBC Points West there is both "uncertainty and excitement" as the club go into the new Premiership season.

Former Ireland international Humphreys left Ulster to take over as Cherry and Whites boss in the summer.

Gloucester, who finished ninth last season, have added seven internationals to the squad and Humphreys says the coaches and players must now manage expectations for the campaign.