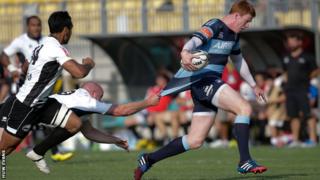 Cardiff Blues avenged the two defeats they suffered at the hands of Zebre in the 2013-14 season with a sparkling 41-26 win in Parma.

Wales international fly-half Rhys Patchell scored a try and scored 16 points with the boot as the Blues kicked-off their Pro 12 season with a bonus-point victory.