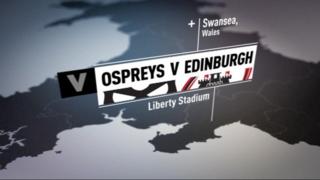 Ospreys make it three wins out of three in the Pro12 with a nine try thrashing of Edinburgh at the Liberty Stadium.

Dan Biggar contributed 16 points with a try, four conversions and a penalty as the Scots were put to the sword.