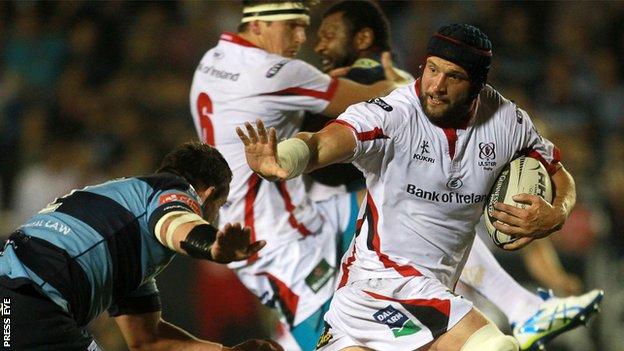 Ulster lock Dan Tuohy is expected to be sidelined for a considerable period after suffering a fracture in Friday night's win over Cardiff Blues.

The Ireland international sustained the injury to the same forearm which he fractured while playing against Wales in the Six Nations in February.

On Saturday, Ulster reported a scan had revealed a fracture and that Tuohy would require surgery.

It is expected that he will be out of action for up to 12 weeks.

Tuohy scored a try before he was forced off in the second half.

Indeed, it was the 29-year-old's third try in as many games and helped Ulster to a 26-9 victory in Wales.

"Dan has been immense for us so far this season and has become our top try scorer," defence coach Jonathan Bell told the Irish Times.

"The injury is in the same arm in which he had a plate inserted following a previous injury and it doesn't look good.

"The good thing for us is that we have strength in depth in almost every position this season.

"It is a huge blow for us to lose Dan, but the way the side played in beating a competitive Cardiff Blues side shows we are moving in the right direction."