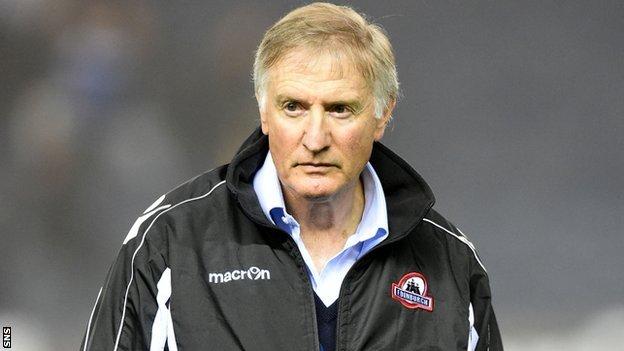 Edinburgh head coach Alan Solomons says players and the backroom staff are hurting as a result of their 62-13 hammering by Ospreys on Sunday.

They have only five days to recover ahead of their next Pro12 fixture, at home to Scarlets.

And Solomons has urged his players to cut out expensive errors.

Players will hopefully bring a sharper focus to Friday night's game, drastically reduce the error rate and the system errors

"The team and all of us associated with the team - obviously we feel terrible about it. It was a poor performance," said the South African.

"Taking nothing away from the Ospreys, who ran in some good tries."

Solomons believes his side can avoid a third straight defeat.

"The ordinary errors that are happening in open play, there's no need to drop balls," he told his club website.

"If players bring a focus to the game, those errors can be drastically reduced.

"We have no choice but to cope with the short turnaround and players will hopefully bring a sharper focus to Friday night's game, drastically reduce the error rate and the system errors.

"The first 10-15 minutes are going to be extremely important.

"Where we dropped off the tackles was where they went up 36 points to 13, we started chasing the game.

"Once you get behind like that and you're trying to chase the game, the defence falls away."