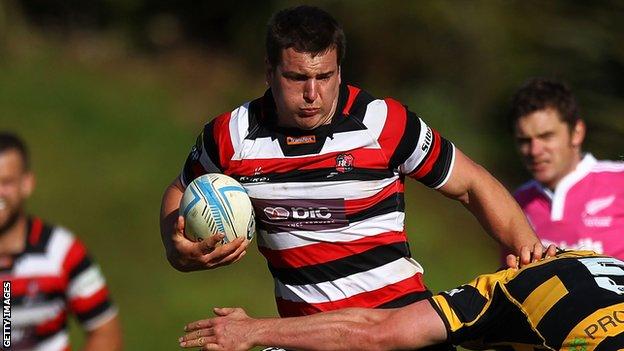 Ulster have snapped up former New Zealand Under-20 lock Ronald Raaymakers on a short-term deal.

Raaymakers, who has played two Super Rugby games for Auckland, joins the Ulster squad with Dan Tuohy and Iain Henderson set to be out for some time.

The New Zealander, 24, will join Ulster once his ITM Cup commitments with Counties Manukau come to a conclusion.

Raaymakers has made 50 appearances for Counties Manukau and will captain them against Wellington on Saturday.

"It has always been an ambition of mine to play overseas and when the opportunity came up to join Ulster Rugby I had no hesitation in saying yes," said the New Zealander.

"I look forward to joining up with the squad next month and to playing my part in helping Ulster Rugby be successful this season."

Raaymakers will provide cover for the injured Henderson and Tuohy and will join Lewis Stevenson, Neil McComb and Franco van der Merwe as other second-row options.

Henderson could be ruled out until the New Year because of a hip injury while Tuohy is expected to be missing for a similar period after suffering a broken forearm in the win over Cardiff last weekend.