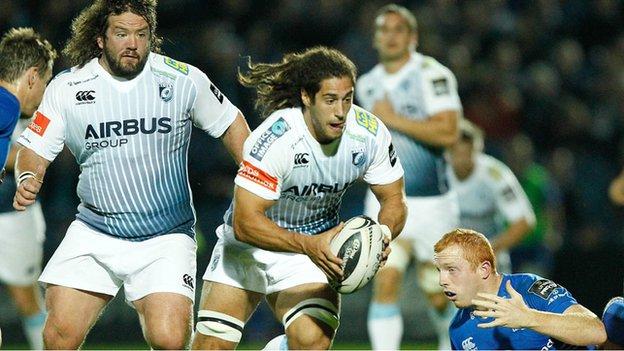 Cardiff Blues will be heading to Italy in October after Rovigo's qualification for the European Challenge Cup.

The Italians battled to a 24-21 victory away to Tbilisi Caucasians, a combined side drawn from Georgian clubs, for a 46-39 aggregate scoreline.

London Irish and Grenoble make up the rest of their group.

And Newport Gwent Dragons will face Bucharest Wolves in their Challenge Cup campaign, as well as Stade Francais Paris and Newcastle Falcons.

The Romanians lost the second leg of their play-off 13-10 in Calvisano, but won 28-26 on aggregate.

The two teams met before in the Amlin Challenge Cup in the 2006/7 season with the Dragons doing the double.

Aled Brew, Ashley Smith and Ian Gough of the current squad played in a 39-29 win in Bucharest.