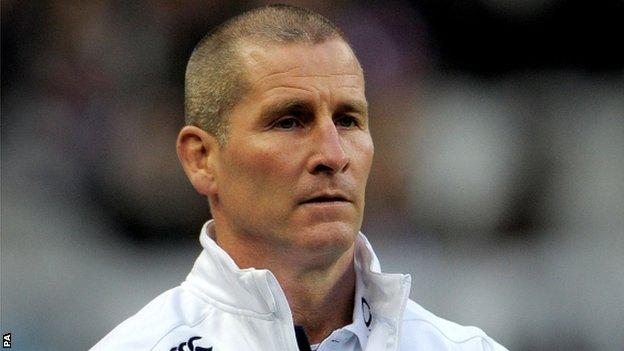 Jonny Wilkinson says England are in a "really good place" one year out from hosting the Rugby World Cup.

Wilkinson, whose drop goal won the Webb Ellis trophy in 2003, believes coach Stuart Lancaster has put the foundations in place for success.

As a result, England are capable of being "there and thereabouts, even against the best," he said.

Wilkinson also said he is a considering an invitation to help out with England's World Cup preparations.

"I have spoken to the guys a bit, just because they were saying, 'feel free to come along and have a little chat and see if there's anything you can add'," said Wilkinson, who retired as a player in May.

"I may pop down there and spend a little time on the sidelines and watch the guys and enjoy that."

But Wilkinson is encouraged by how Lancaster's side is shaping up. "We are in a really good place," he said.

"The work has been done to create the platform to give the guys something solid to launch from, and that gives you the consistency of knowing that you are going to be there and thereabouts even against the best.

"The rest, I guess, is what's being built and will be shown more and more this year against the big teams. You have got to win, you have got to learn how to win and get that momentum going.

"You need that path to keep moving upwards because that's the momentum you need."