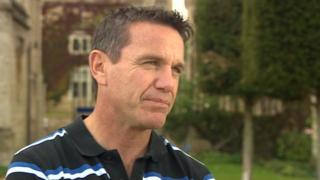 Burgess delay a 'blessing' for Bath

Bath head coach Mike Ford tells BBC Points West that Sam Burgess's injury could be a "blessing in disguise" as the cross-code star will have more time to adapt to rugby union.

The 25-year-old lock fractured his cheekbone and eye socket after six seconds of the NRL Grand Final on Sunday - his last league game before switching codes - but played on to help South Sydney win the title.

Burgess has undergone surgery in Australia, meaning he will no longer be arriving in Bath on 15 October as planned, and Ford says they will give him as much time as he needs to recover.