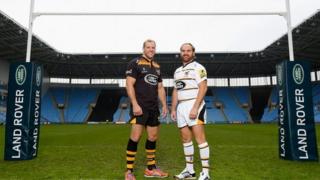 The London-based Premiership club expect to play their first game in the city in December after completing a deal to buy Coventry Council's 50 per cent stake in the stadium.

Wasps' move from Adams Park in Wycombe, their matchday home for the past 12 years, has angered both their supporters and fans of the Ricoh's tenants, Coventry City.