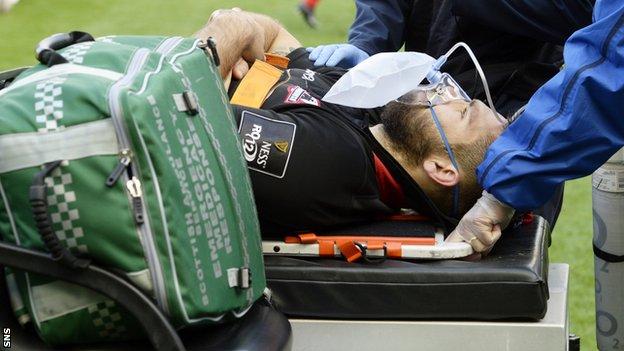 Du Preez sustained the injury 26 minutes into the match, causing a delay while he received treatment.

He has now been discharged from hospital and his progress will be monitored over the coming weeks.

Saturday's win was Edinburgh's second of the season, leaving them in eighth place in the PRO12.

The 23-year-old followed coach Alan Solomons, who took him to Southern Kings in 2012, to the Pro12 club.