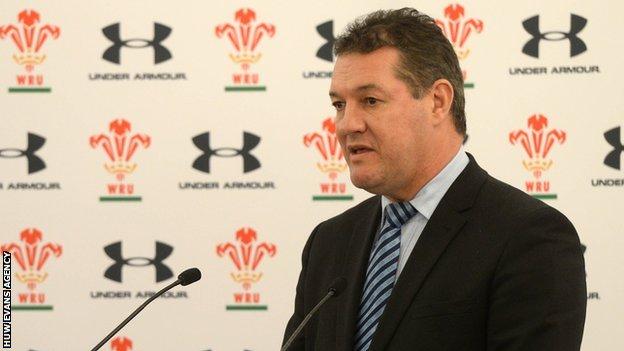 Departing Welsh Rugby Union officials David Pickering and Gerald Davies may be in the running to become the next Pro12 chairman.

Pickering has been voted off the WRU after 11 years as chairman while Davies is stepping down.

Pro12 chief executive David Jordan said nominations will be considered "at the end of October", adding: "It's the WRU's turn to nominate somebody."

Newport Gwent Dragons chief executive Gareth Davies and Llanelli official Anthony Buchanan - former team-mates of Pickering - won seats on the WRU board in the election in which Pickering was deposed.

The WRU's annual general meeting on Sunday will signal the end of ex-Wales and British and Irish Lions wing Gerald Davies' term as well as that of former national captain and flanker Pickering.

Gareth Davies and Buchanan will take their places on the board after that.

While it is the WRU's chance to nominate the competition chairman, the governing body does not have to put forward a Welshman for the role.

It is understood that the WRU's Celtic partners in the tournament want unanimity between the WRU and Regional Rugby Wales (RRW) over the nomination as it seeks to grow its reputation and ambition.

The WRU stated: "Any and all nominations for representation on important rugby bodies and committees are matters for consideration by the full Board of the WRU.

"The chairmanship of the Guinness Pro12 is a matter for the company which organises and manages the tournament.

"The WRU is a shareholder of the Guinness Pro12."