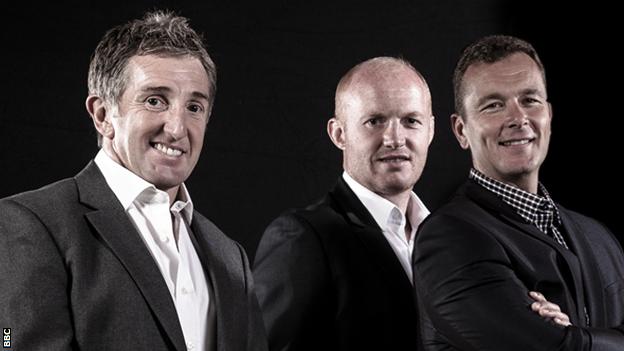 On Sunday, Martyn Williams, Jonathan Davies and Sean Holley will answer a selection of your questions ahead of Wales' autumn internationals.

Warren Gatland's side begin their campaign against Australia at the Millennium Stadium on 8 November.

Martyn, Jonathan and Sean will answer questions during the Scrum V Extra Time webcast on Sunday, 2 November from 19:50 GMT until 20:10 GMT.

Email questions to scrumv@bbc.co.uk or send via Twitter with #AskScrumV.

Since retiring from Wales international duty, Martyn Williams and Jonathan Davies are well-known as BBC pundits, and Bristol head coach Sean Holley is also a regular on Scrum V.

The Scrum V Extra Time webcast will be online only on bbc.co.uk/scrumv on Sunday, 2 November from 19:50 GMT until 20:10 GMT, following the regular Scrum V television programme which starts at 19:00 GMT.

A recording of the webcast will appear on bbc.co.uk/scrumv on Monday, 3 November.

Questions submitted after 20:10 GMT on Sunday, November 2 may not be read.

Martyn, Jonathan and Sean will answer as many of your questions as possible, but not every question submitted can be used.