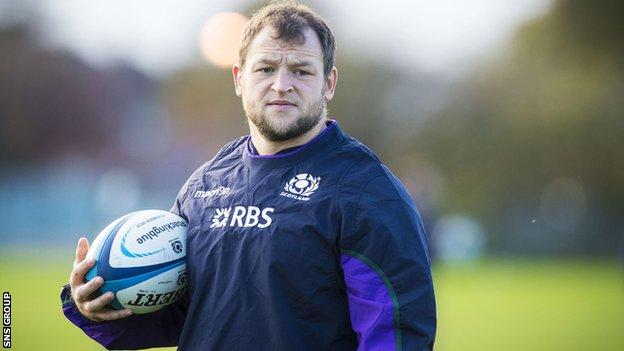 Glasgow Warriors prop Ryan Grant has been called up to train with the Scotland squad for the autumn Tests.

The 29-year-old, who has been capped 18 times, acts as injury cover for Edinburgh's Allan Dell.

Grant, who toured with the British & Irish Lions in 2013, made his first Pro12 appearance of the season for Warriors on Friday, having recovered from shoulder surgery.

Scotland face Argentina, New Zealand and Tonga in the Tests.

They face the Pumas on 8 November at Murrayfield, the Kiwis on 15 November at the same venue and Tonga on 22 November at Rugby Park, the home of Kilmarnock FC.

Grant has played for Glasgow since 2010, having previously starred for Edinburgh and Border Reivers.