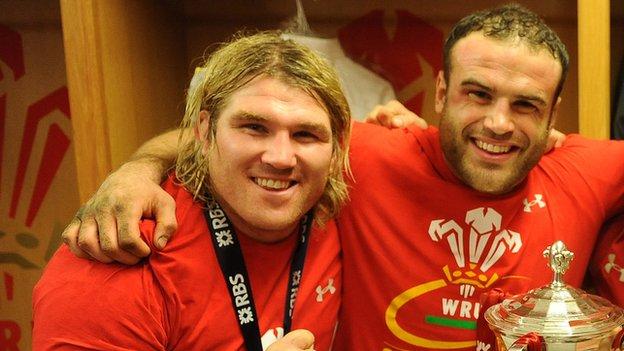 Wales will have all their French-based players available to face South Africa on 29 November, but only George North of the England-based group can do so.

The clash falls outside the International Rugby Board window and teams outside Wales do not have to release players for it.

Saints were fined £60,000 in December 2013, after North played for Wales against Australia outside the 2013 autumn window, but that sanction covered North's contract term at Franklin's Gardens.

Clermont Auvergne centre Davies has confirmed he is free to face the Springboks this time around.

Hibbard will be with Gloucester, while James, who also faces Australia on Saturday in Wales' November opener, will be at Bath.

Wasps lock Bradley Davies will also not be in Wales' reckoning at that time.

Gatland added: "We released Luke Charteris back to Racing [Metro] this week, but he's available for the South Africa week.

"We've done a deal with Racing. The other French-based players are available to us

"We won't have the English-based players available for that last game against South Africa."