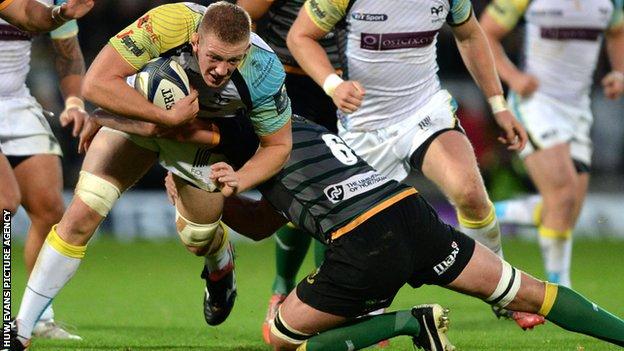 Ospreys second row Lloyd Peers will be out of action for four months after undergoing surgery on a damaged ankle.

Peers injured ligaments in the 19-19 draw with Racing Metro on 6 December and missed the return match.

The 23-year-old has made nine appearances this season and is unlikely to play again until April 2015.

"His operation ... went well, and he'll be out of action for around four months while he recovers," said Ospreys medical manager, Chris Towers.