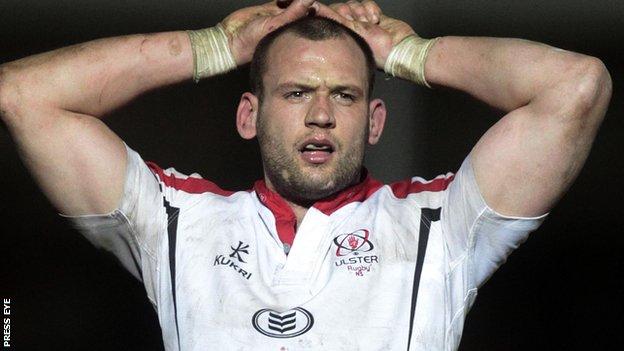 Ulster second row Dan Tuohy has agreed a new three-year contract which will tie him to the province until the summer of 2018.

The Bristol-born lock joined Ulster from Exeter Chiefs in 2009 and has made 118 appearances for the province.

Tuohy has won nine caps with Ireland and played in two matches during last season's successful Six Nations campaign before getting injured.

The 29-year-old said he was desperate to win honours with Ulster.

"I have been here almost six years and, although Ulster have evolved a huge amount in that time, we are yet to win anything," said Tuohy.

"Having the chance to be part of a trophy-winning Ulster team was a huge part of my decision to stay."

Bryn Cunningham, Ulster's team manager, added: "Dan is hugely important to us and has developed into a highly effective leader on and off the pitch.

"He has proven he is an outstanding player in his position. His effectiveness as a powerful ball carrier is crucial in the modern game."

Tuohy was out of action for 11 weeks earlier in the season with a broken arm.