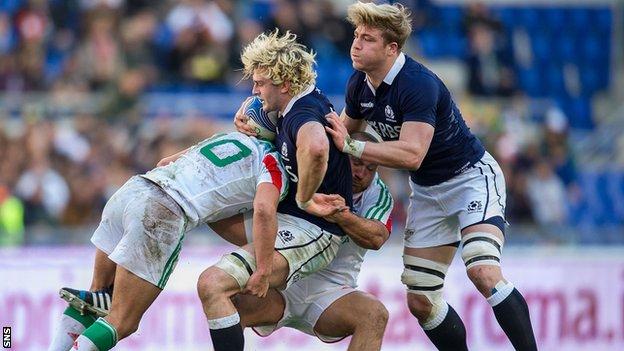 Scotland will face France, Ireland and Italy in warm-up matches for this year's Rugby World Cup.

The four games will be played on consecutive Saturdays, starting on 15 August against Ireland in Dublin.

They will then face Italy in Turin and in Edinburgh before a trip to Paris.

"The games will allow us to rotate and test a large group of players in what is the last opportunity for everyone to put their hand up for selection," said Scotland head coach Vern Cotter.

"Clearly our priority at the moment is the forthcoming RBS Six Nations, however we are pleased to confirm four matches against top quality international opposition ahead of the Rugby World Cup."