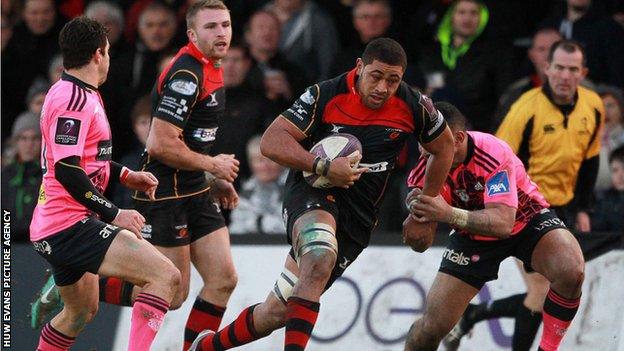 Newport Gwent Dragons will play Cardiff Blues in the quarter final of the European Challenge Cup.

The teams will meet in Rodney Parade on the first weekend of April.

Both won their final qualifying matches, but a last-minute try for Exeter against Bayonne saw them pip the Dragons to second seeding.

The Welsh regions have already met twice this season, with Dragons winning in Cardiff and Blues coming out on top at Rodney Parade.

Blues secured second place in pool 1 with a 28-3 win over Grenoble in France.

The draw for the knockout stages was based on finishing positions in the pools, with the Dragons seeded third and the Blues sixth.