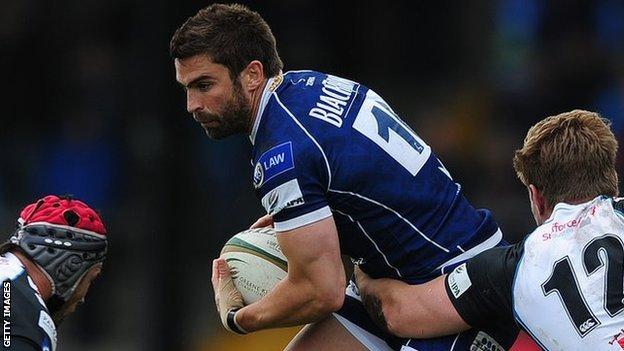 His departure from Bristol has already been confirmed and he will link up with his new team for the 2015-16 season.

He joined Wasps from Gloucester in 2011, having joined them from Cardiff Blues in 2009.

Robinson made his Wales debut in a 2003 World Cup warm-up game against Ireland.

His elder brother Jamie joined Toulon in 2007 and went on to finish his career at Agen, after signing for them in 2010.

Robinson told Radio Wales Sport that the chance to test himself in the French top flight was one of the reasons for the move.

"Pitting yourself against some of the top players in the world is something I didn't think have an opportunity to do again," said Robinson.

"To have that opportunity is something that I've got to thrive on and work hard, getting my rugby to the best it can be to help Oyonnax be a successful side."