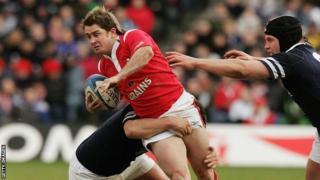 Here Shane Williams rounds off an outstanding Welsh move with the forwards and fly-half Stephen Jones also plays a starring role as Wales crush Scotland in 2005.