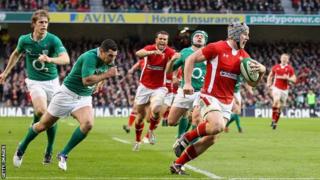 Centre Jonathan Davies scored twice in the victory in Dublin at the start of the 2012 campaign - his second the pick of the three scored by Wales in a nail-biting 23-21 win.