Forget the wind, rain and snow; give thanks for the Six Nations - the sporting event that lights up the European winter.

Rugby's showpiece international tournament is bigger and more popular than ever - broadcast in 190 countries and streamed live in another 20. Only four of the 75 matches over the last five years have been played in stadiums less than 90% full, with the average capacity now around 98%.

The Six Nations is also increasingly competitive and unpredictable, with at least four countries harbouring realistic ambitions of winning the title.

Since Italy joined the party in 2000, the average points difference between teams in each game dropped from around 20 for the first four years to nearly 10 in 2013, before 50-point blow-outs by England - against Italy in Rome - and Wales - against 14-man Scotland - on the final day last year caused a spike in the general trend.

This tournament has an extra layer of intrigue before the Rugby World Cup on English soil later this year, with Wales and England pitched together in one pool, and France, Ireland and Italy in another.

So, who is going to win, and who are the key men to look out for? We have asked our four BBC Six Nations experts - ex-England centre Jeremy Guscott, former Wales fly-half Jonathan Davies, ex-Ireland hooker Keith Wood and former Scotland scrum-half Andy Nicol - for some pointers.

How are England going to do?

After two runners-up slots in the last two years, I believe England can go one better and win the Championship this season.

England's set-piece is the best, and if they can add quick ball to that solid platform, tries will come. With George Ford at fly-half, England have more options than before - his kicking out of hand is accurate and his distribution is first class. 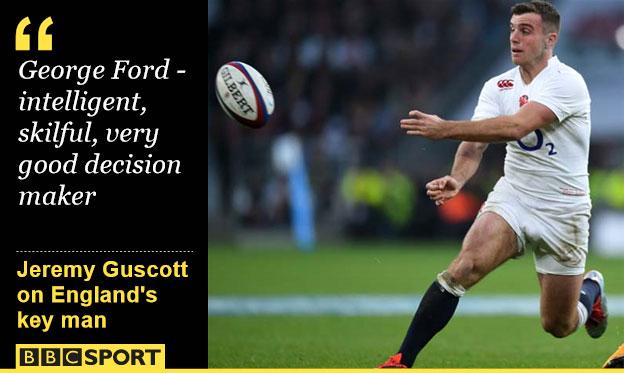 If it is not England, then Ireland have the confidence of a very successful autumn series plus a coach - Joe Schmidt - who has been inspirational in his tactical assessments of the opposition. Conor Murray and Johnny Sexton have become the best half-back pairing in Europe and put into action Schmidt's intel.

Italy, because they are blooding quite a few youngsters in the Six Nations, and they do not have a consistent enough goal-kicker to capitalise on the good work of their forwards.

England winger Jonny May has the speed and elusiveness to make defenders struggle - he scores cracking tries.

One of my favourites would be Rory Underwood's try against Scotland at Twickenham in 1993.

Stuart Barnes broke from our 22m line and passed to me on our 10m line. The pass was perfect, right in front of me, and I didn't break stride.

My speed was good and I managed to get on an arc on the outside of Scott Hastings. Just as Gavin Hastings came in to tackle me, I got the pass out to Rory, who sailed over to score.

How are Wales going to do?

If Wales win their first game against England on Friday, then they will be contenders because they have got a bit of confidence and form after beating South Africa in November.

They've got a settled squad and a settled game-plan, although hopefully we'll see a bit more creativity from the backline and they won't be so direct. 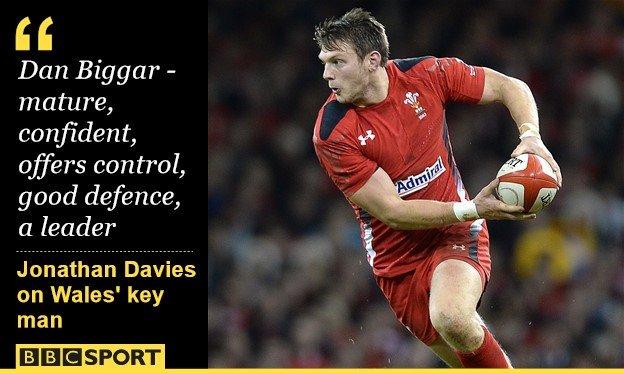 I think it's difficult to predict this year's winner. If Wales win their first game they have a good chance, but if it's not Wales then Ireland would be my tip, as it helps to have both England and France at home, as the Irish do.

If England win that opening game they've got a chance too, while the French would be my dark horses in World Cup year - it's certainly going to be very competitive, with Scotland having improved too.

Unfortunately Italy, because sadly they haven't improved as much as they need to. Their Pro12 sides aren't doing well and half-back is still a problem for them.

Who will be the star of the Six Nations ?

I like Alex Dunbar. Scotland have missed a direct, creative footballer in the centres and a combination of him and winger Tommy Seymour should score tries. Teddy Thomas could set things alight for France on the wing and it will be interesting to see how George Ford goes for England.

Nothing beats the first time, and 30 years ago I made my debut against England - running out on to the field is such a great memory, the noise was incredible.

In a slightly different vein, a couple of years before that I remember leaving Trimsaran Rugby Club in the back of a transit van at 11pm on the Thursday with my mates and arriving at 6am on the Friday to watch Scotland v Wales in Edinburgh with no hotel booked...

How are Ireland going to do?

Ireland are the holders and are title contenders again this year - my only fears are complacency and our ever-increasing injury list. 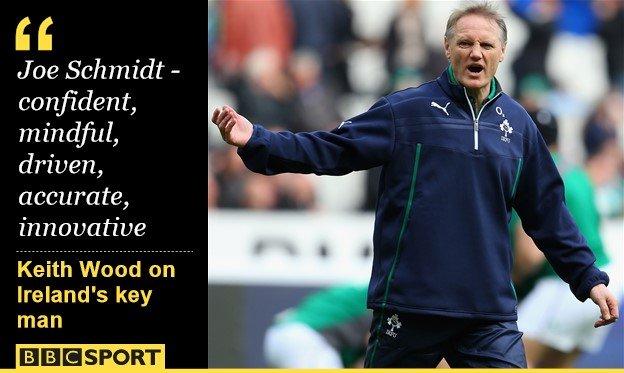 Ireland. The nearest challenger will be Wales, because they have a settled side, very few injuries and an attractive draw.

Italy, as Scotland are likely to make a renewed charge under coach Vern Cotter. It will be his first Six Nations in charge but he has been doing good things with them.

Ireland fly-half Johnny Sexton. He is not available for the start of the tournament because of concussion but he has become a very strong leader in the Irish set-up and is very assertive on the international stage.

Two years ago Italy decided it was finally time to present nearly 400 former players with their international caps - fetching azure blue ones with gold braid and all the trimmings.

The former players then lined up facing their team for the national anthems for the match against France - 400 stern-faced men, with tears streaming down their faces, it was quite an occasion.

And Italy then won - awesome!

How are Scotland going to do?

Quite well I think; there is genuine hope after a promising autumn Test series. The confidence in the squad is good with Glasgow having another good season and Edinburgh improving considerably over the last few weeks.

Coach Vern Cotter has definitely made his mark on the team; there seems real clarity in how they want to play the game and Scotland now have a back-line that can score tries. 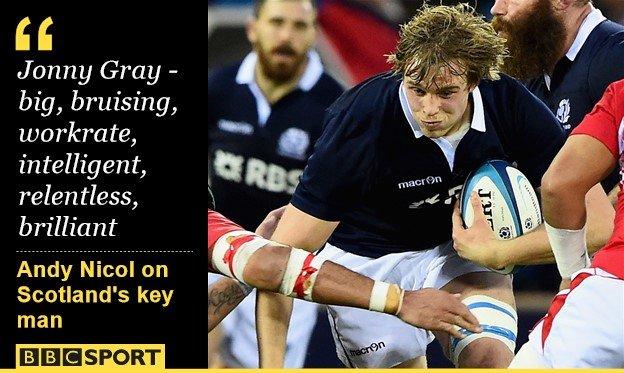 Ireland had a very good autumn, beating South Africa and Australia, and the fixtures are good for them. They start in Rome and have England and France in Dublin with a couple of tricky trips to Cardiff and Edinburgh. I think they might sneak it but with no Grand Slam.

Italy. If only they could find another 14 Sergio Parisses (the Italy captain and number eight), they would not be going for the Wooden Spoon but for the Championship instead! Even though they have three games in Rome, I do not see them winning a game.

There are a number of players I am looking forward to seeing - Wesley Fofana of France, Jonathan Joseph of England, George North of Wales and Jonny Gray of Scotland.

All four players will have a huge influence on their country's performances but I will pick Wales winger North, because he is on fire at the moment and could light up the Six Nations.

My favourite is quite a personal one - lifting the Calcutta Cup as Scotland captain in 2000. England were going for the Grand Slam, no-one gave us a sniff of a chance of winning, the weather was horrible but it turned out to be a great day for Scotland.

I am the first Scotsman ever to be presented with the Calcutta Cup at Murrayfield because previously the cup was presented at the dinner in the evening, so that makes the moment even more special.