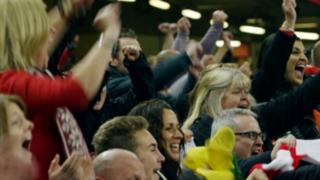 "You the prides of Wales, think of the prize for Wales"

Scrum V's Eddie Butler captures the essence of what the Six Nations means in Wales as the 2015 Championship nears kick-off.

Wales begin on home turf on Friday, 6 February as old foes England come to the Millennium Stadium in Cardiff.