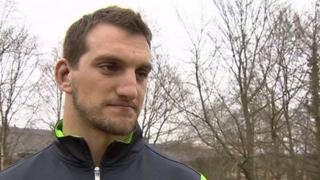 'Honest mistake' made over North

North has been omitted from the team to face Scotland on Sunday after Wales took into consideration North's concussion history.

He has not been diagnosed as concussed on this occasion and has a three-week rest period before Wales face France in Paris on Saturday, 28 February.

Liam Williams has taken over on the left wing for Wales - their only starting change - and flanker Warburton told Wales Today's Ashleigh Crowter they have a chance to redeem themselves after the defeat by England.