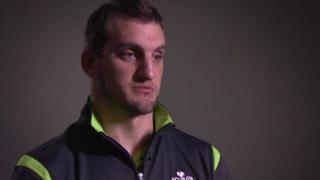 Warburton says Wales have "hope" and can take inspiration from the 2013 title-winning campaign where they bounced back to lift the trophy having lost to Ireland in their first match.

But he said: "If we don't [win] then that's the championship over... we've definitely got to get a win this weekend."