A rivalry dating back 132 years will be rekindled when Scotland host Wales in Edinburgh on Sunday.

The occasion at Murrayfield will be a far cry from events of Monday, 8 January1883when the two sides first met at an icy Raeburn Place in the Scottish capital. 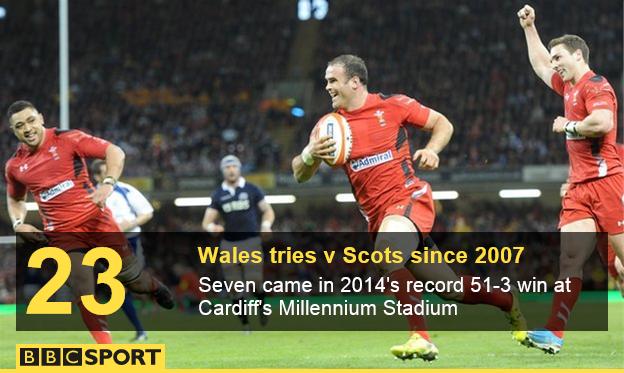 It was the fourth Test in Welsh rugby history, which suggests the visitors arrived a man short so Southampton-born Dr John Griffin, of Edinburgh University made up their numbers.

Around 4,000 witnessed Scotland win by what was then deemed three goals to one. The modern equivalent scoreline would read: Scotland 19-7 Wales.

Wales hosted Scotland for the first time a year later at Rodney Parade, Newport - losing by a drop-goal to nil - and played at Partick, Glasgow in a 0-0 draw in 1885. 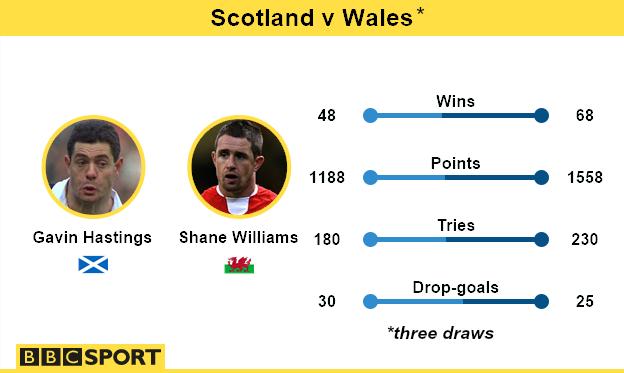 The first Welsh win over their Celtic cousins came at the sixth attempt as debutant Tom Jenkins, of London Welsh, scored the game's only try, also at Rodney Parade.

Scotland and Wales have only ever played each other in the Six Nations and its predecessor tournaments and early fixtures. Unlike rivalries between the rest of Europe's leading nations, Wales and Scotland have never faced each other at a World Cup.

Wales are bidding for a record eighth consecutive win over Scotland. Jamie Roberts is the only Welshman to have played in all seven games. Now an established centre, Roberts faced Scotland on the wing in 2008 when his side won 30-15. 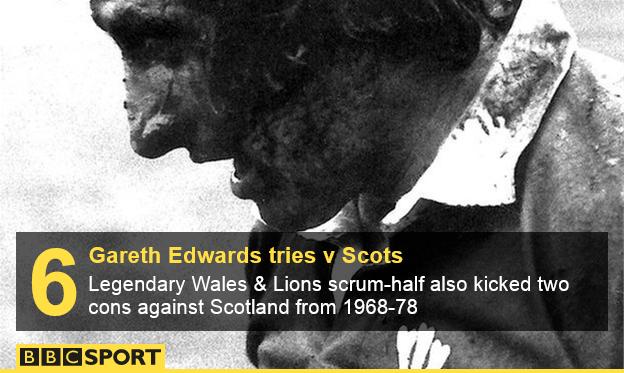 Scotland's 34-18 win over Wales in Cardiff in 1982 signalled the end of a remarkable record in Cardiff in the championship. It was Wales' first Five Nations defeat in Cardiff since France won there in 1968. Wales won 27 games in the tournament covering their second Golden Era in the intervening years.