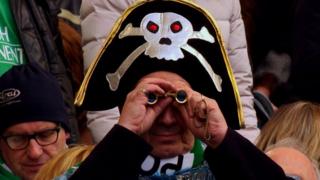 Eddie Butler narrates a round-up of the best Six Nations action from the opening weekend of the 2015 Championship.

England began with an impressive win over Wales in Cardiff, while France beat Scotland and Ireland began the defence of their crown by winning in Italy.

Watch the Six Nations Rewind on BBC2 this Saturday between 10:00 GMT and 11:00, as John Inverdale takes a look back at a fierce battle between Wales and Scotland from the 1980s and Brian O'Driscoll's famous hat-trick against the French in 2000.