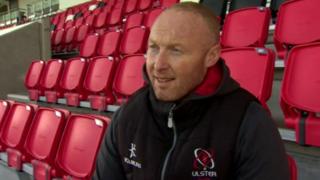 Neil Doak says Ulster will be punished by Scarlets goal-kicker Stephen Shingler on Friday if they concede as many penalties as they did in last weekend's narrow win over Edinburgh.

"We must be more disciplined than we were against Edinburgh," said the Ulster coach.

Doak said that he will be delighted if Roger Wilson is required for Ireland duty this weekend against England following his call-up even though it would mean him missing Friday's Pro12 game at Kingspan Stadium.