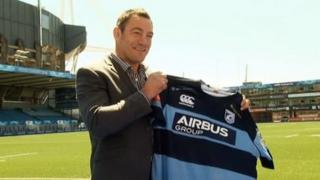 Cardiff Blues have confirmed director of rugby Mark Hammett has left the region after only six months of a three-year contract.

New Zealander Hammett has left for family reasons and assistant coaches Paul John and Dale McIntosh have been put in temporary charge.