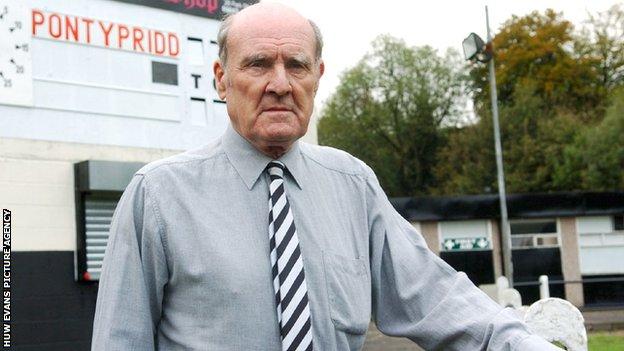 Pontypridd RFC have paid tribute to their former player and administrator Cenydd Thomas who has died after a short illness.

Thomas played rugby for Pontypridd, Pontypool, Aberavon and Blackheath and went on to be an international referee.

He was secretary of Ponty when they won the Welsh Cup in 1996 and the Welsh League the following year.

"Cenydd Thomas has left an indelible ... impression on Pontypridd RFC," said an article on the club's website.

Away from rugby Thomas was a police officer who rose to the rank of chief superintendant in the South Wales Constabulary and was awarded the Queen's Police Medal. He was also made an MBE for services to the community.

Thomas played a key role in Pontypridd's transition to professional rugby - a time that saw the club rise to the top of the game in Wales with a team that included Wales legends Neil Jenkins and Martyn Williams.

Former Wales internationals Huw Williams-Jones and Sonny Parker and shadow-Welsh Secretary Owen Smith MP are among those who have paid tribute on social media.