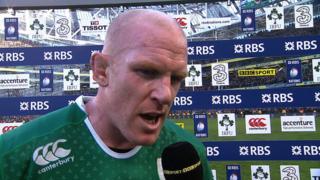 Man of the match Robbie Henshaw says his "Gaelic football skills" helped him make the catch for his try, with England skipper Chris Robshaw critical of his side's discipline.