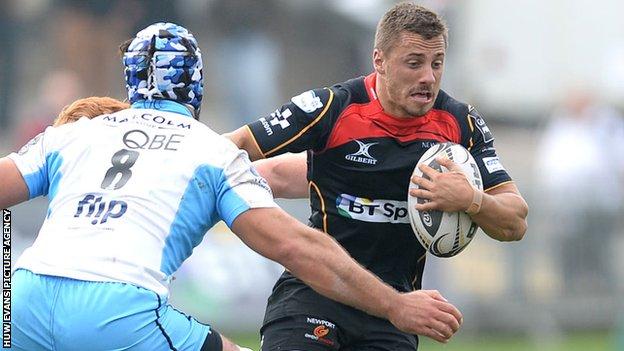 The 22-year-old Abergavenny-born player turned out for Ebbw Vale, Cross Keys and Sale Sharks before breaking in to the Dragons team.

"He is as good as any 22-year-old outside half, except Dai Watkins, I have seen coming out of the Valleys of Gwent," said Jones.

Dorian Jones, who has played 18 times in the 2014-15 season, said he wants to establishing himself at the region.

"I am looking forward to being able to fully focus my time on growing as a player alongside the Dragons and becoming a regular starter for them," he added.