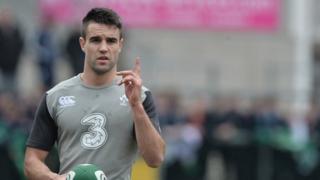 Murray excited by Webb match up

Ireland scrum-half Connor Murray says he is excited by the match up between himself and his Welsh opposite number Rhys Webb this weekend.

The Irish must beat Wales in Cardiff on Saturday and triumph in Edinburgh on the final weekend to seal their first Grand Slam since 2009.