Rochelle Clark admits she has come a long way from the overweight player who made her England debut 12 years ago.

The 33-year-old World Cup winning prop will win her 100th cap against France at Twickenham on Saturday.

"The game's evolved a lot since my debut. It's quicker, faster and more skilful," she told BBC Sport.

"I was slightly overweight on my debut against Canada in 2003. I remember it being tough carrying around a bit of extra body weight in a game so fast."

Since then, a slimmed-down Clark says her game has improved and her awareness has been assisted by qualifying as a Level 3 coach. 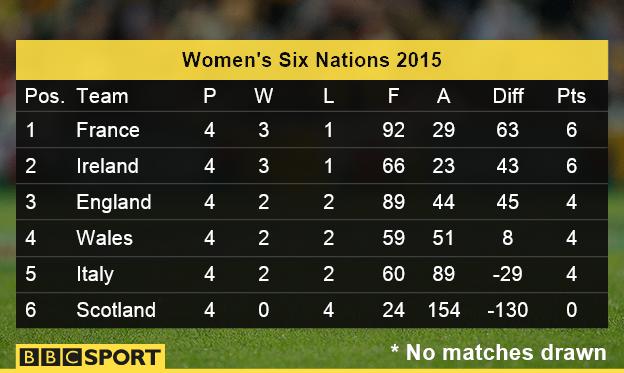 "I'm really excited about it. It's going to be a great day to run out in front of a home crowd on such an occasion at Twickenham," Clark said.

"Jason Leonard ran out for his 100th cap against France at Twickenham, so it's quite ironic we're both in the same boat."

Nicknamed "Rocky", Clark hopes her international career will run well beyond a century of appearances.

"The plan is to carry on and to keep pushing to keep my spot," she added.

"Hopefully I've got an eye on the next World Cup. I'm playing well, the body's fit.

"Age is nothing but a number, so hopefully I'm here a while longer." 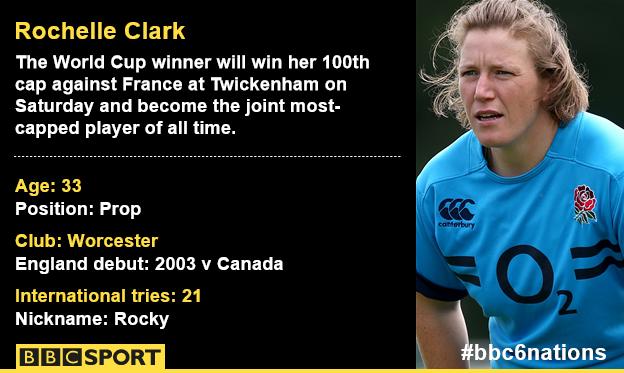