Wales wing Liam Williams plans to keep his "body in the oven" and his "head in the freezer" as he prepares for a mouth-watering finale to this season's Six Nations.

With four countries - Wales, Ireland, England and France - all in with a chance of finishing as champions, the 23-year-old says it will be important to stay calm in the heat of battle.

"Flashpoints happen in every game and you just have to do your best and make sure you don't give away penalties, or whatever," said Williams.

The Welsh take on Italy in the first of three crunch games on Saturday.

That match in Rome is followed by Scotland's contest with Ireland at Murrayfield, then England's clash with France at Twickenham.

Dylan Hartley agrees with Williams that it will be vital to stay composed and says the England dressing room will be "quite calm" before kick-off.

"Gone are the days of head-banging and punching holes in walls," said the Northampton hooker.

After six weeks, 15 games and 1,200 minutes of bone-crunching action, the Six Nations could be decided in the very last minute.

The permutations are almost endless.

Even France can win, should Wales and Ireland lose and Les Bleus beat England by eight points or more.

To give you an idea of what might happen on a gripping final day, BBC Sport has asked a host of famous rugby names for their verdicts.

Who's going to win the three games on Saturday?

Who's going to win the title?

How is Saturday going to pan out?

JD: "Wales need to set a target of at least 10 points to put pressure on Ireland and England, but Stuart Lancaster's men must be favourites because of home advantage."

AN: "I have a funny feeling that Wales could rack up a big score against Italy, especially as the Italians are without captain and superstar Sergio Parisse. This will heap pressure on Ireland and England, who I think will both win their games but not by much. So Wales win the Six Nations."

JG: "Wales are disrupted by injuries and I don't believe they will score enough points against Italy. Although Ireland will fancy their chances to score a good number of points against Scotland, the Scots will not want to be embarrassed at home and will play hard, showing plenty of pride. England's home record is decent and they're good enough to beat a poor French side by a good margin to lift the title."

JG: "I am intrigued to see how Wales turn round from the Ireland game in the space of a week. The physical effort they put in was of a different scale to anything else we have seen. It was super-human. They will be battered, bruised and mentally drained, despite winning. That will be difficult to recover from in seven days, but they are coming off a high and they know if they score enough points they could win the championship."

Ex-Italy lock Carlo Del Fava: "Italy have a monumental task. Wales are coming to Rome to score points, as England did last year when Stuart Lancaster's men won 52-11. It is going to be a battle and extremely difficult, there is no getting away from that, but it is not an impossible task to keep this Welsh team at bay."

JD: "Wales haven't got great strength-in-depth in the front row and they're fielding two new props in Rome, so it will be a big test for the front five. Bbut Wales should go to Rome and get a result." 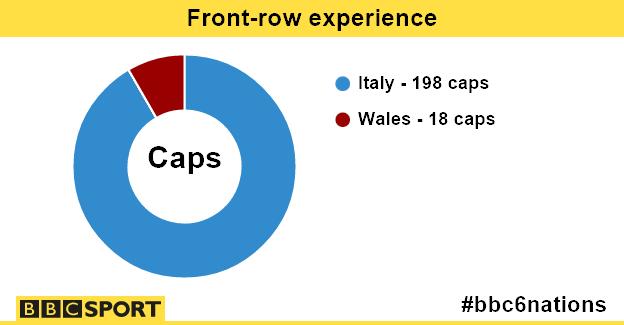 Ex-England coach Andy Robinson: "You have got to build the score to start with and kick your goals. Wales have to break Italy's spirit and then run in the tries in the last 20 minutes."

Ex-Wales wing Shane Williams: "I would love to be able to say I am very confident Wales can put 50-60 points on Italy, but that's not going to be case and it is going to be difficult. I can see Wales winning comfortably, but I think the ball is in England's court at the moment."

Ex-Ireland hooker Keith Wood: "I always hated Murrayfield, it was a horrible place to go. But I think the Irish lads will be confident they can go out and do it. I don't think Scotland have that same level of strength that Wales showed, but they will be fearful, too. Although Scotland are without a win and are bottom, they have been close without quite getting there this year. Ireland have to be focused because Scotland will have their day soon - and it could be this week."

AN: "Scotland may have lost all four of their games so far, but I think they will click at some point. They will take some confidence from the last 20 minutes of the first half in the loss against England last weekend. They defended well, really dug in and showed a lot of character there. I have backed Scotland in every game so far and they have lost the lot so I am changing tactics by backing Ireland and hoping I am wrong again!" 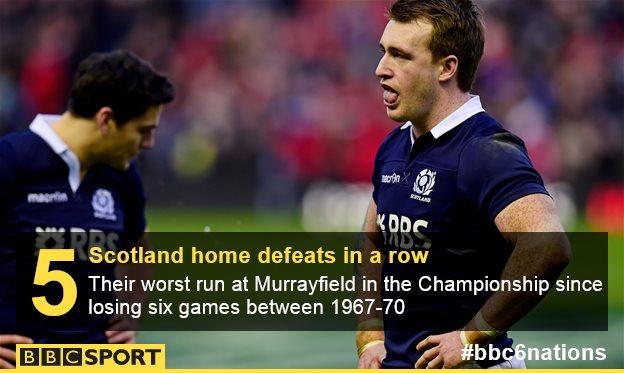 KW: "Ireland are pretty much a team in transition. They had a horrible injury list at the start of the Six Nations, they put a conservative game-plan in place to get over the first couple of hurdles, and they retained that against England, but they just didn't enact it against Wales.

"They just have to cut loose a bit against Scotland. It depends what happens beforehand but they need to win, first and foremost, and then rack up the points to set a target for England."

Ex-Ireland prop Paul Wallace: "Scotland are a good team but maybe they don't have that self-belief yet."

JG: "I think England are less favoured now to win the Six Nations, given the France scoreline when they nilled Italy last weekend. But I would back England at home against anybody. If they find the intensity and accuracy they did in the second half against Wales on the opening weekend, I don't think the French will be able to handle it."

AR: "France are not going to do it. They are in a shocking place at the moment and I think England will blow them away in the last 15 minutes." 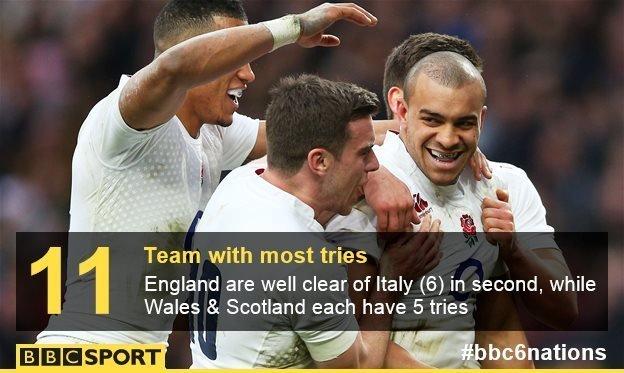 JD: "France tend to have one performance in them somewhere, but England have to start favourites."

Ex-England scrum-half Matt Dawson: "It is going be an emotional rollercoaster for the England guys and I don't see how you cannot know the results throughout the day. I think England will need to win the game against France by 10-12 points."

Ex-England fly-half Paul Grayson: "Scotland are staring at the Wooden Spoon, so they'll be up for it, which means it will be hard for Ireland. That could play into England's hands. Scotland helping England? Marvellous."