It may seem churlish almost to the point of being crass, but for all its drama and excitement the pulsating final day of the 2015 Six Nations could be seen as a dress rehearsal for the main rugby union event of 2015.

A thrilling dress rehearsal no doubt, but not the real thing.

That is in no way to belittle the brilliance of Wales' second-half demolition of Italy, champions Ireland's slaughter of the Scots, and England's 90-point thriller with France.

But in September the stakes will be even higher when Wales face hosts England, twice-champions Australia, Fiji and Uruguay in Rugby World Cup 2015's Pool A.

"The point is that in our pool we have the teams ranked fourth, fifth and sixth in the world - and one of us won't be making it to the quarter-finals," Wales coach Warren Gatland said after his side's 61-20 win in Rome's Stadio Olimpico.

"But if we've got the players fit and available, we're good enough to come out of that group and even win the the World Cup." 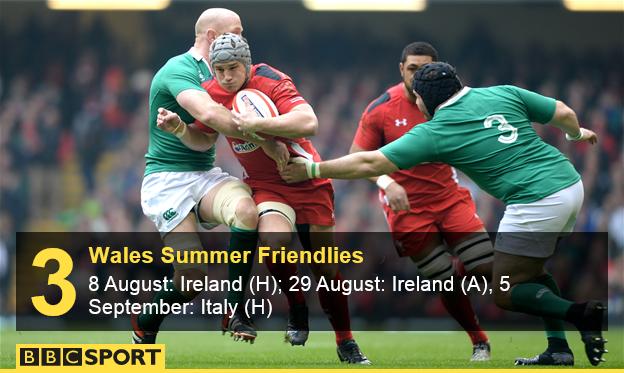 The pressure will be on in a more profound way than it was on a memorable sunny March spring day when Wales delivered on their promise to win the match in style.

As far back as May and June 2014, Gatland made no secret of the fact his eyes were on the goal of emerging into the quarter-finals from the World Cup pool no-one wants to be in.

Wales toured South Africa, playing three matches in 11 days to try to replicate the kind of quick turnaround required in a tournament.

Before that trip, Wales had staged its first international trial in a generation - again with the aim of exposing more players to the Test match biff and - unquestionably - bash.

In the autumn of 2014, before defeats by Australia and New Zealand and wins over Fiji and South Africa, Gatland said the players had been "beasted".

He said the same again before the Six Nations kicked off.

So, after five matches and a third-placed finish behind England in the 2015 Six Nations, what have we learned about Wales?

They get better together

Wales started the autumn international series with a 33-28 defeat by Australia, followed by an unconvincing 17-13 win over Fiji.

By the time they took on New Zealand, the Welsh had a better look about them, and led midway through the second half before the All Blacks found a kicking game that circumvented a merciless defence.

The 12-6 win over South Africa in the final game was not a classic, but it was a collectors' item, being only the second Welsh win over the Springboks in more than 100 years. 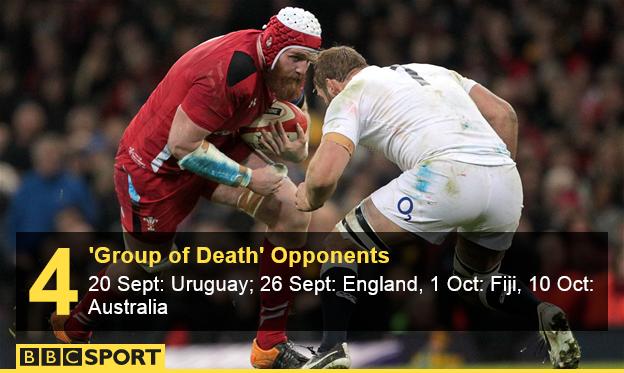 The Six Nations followed a similar pattern with a disappointing second-half display against England in the opening game followed by a gradual improvement in the wins over Scotland and France before the heroics of the 23-16 victory over Ireland and the brilliance of the second half in Rome.

The same was true in the 2013 Six Nations - an appalling first half against Ireland in the opening game followed by three matches in which they did not concede a try and a spectacular final-day win over England.

In the 2008 Grand Slam Gatland's team got out of jail in the opening game at Twickenham before a rock-solid wall of tacklers and the skills of Shane Williams gave Gatland a dream start to his reign.

The good news for Wales is that they will be together for two and a half months leading up to the opening game against Uruguay on 20 September.

Defence may not be enough

Putting aside the last-day excitement against Italy and the try-fest with the Wallabies, Wales' game has been built on a foundation of courage in the face of enemy fire.

France and especially Ireland foundered against a thin red line that at times had defence coach Shaun Edwards struggling to conceal his pride.

However, it is not just in the matter of having a knockout stage that the World Cup differs from the Six Nations.

Bonus points come into play - and they reward teams who score lots of tries and, when they do lose, do so by small margins.

Those rules appear to favour the free-scoring Wallabies and England's George Ford-inspired backline.

Gatland, and attack coach Rob Howley, will argue Wales have world-class backs, and there were moments of brilliance against Italy - more of the same may be required.

Leigh Halfpenny remains as deadly a place-kicker as there is in the game.

The defence deservedly took the plaudits in the win over Ireland, but Wales were 12-0 up in 12 minutes because the Toulon full-back punished every Irish indiscretion with three points, even if the penalty was on the halfway line.

Those who remember his early international career on the wing will also know there is a lightning-fast attacker there as well should Wales choose to unleash him in that vein. However, Dan Biggar proved himself a more than adequate substitute kicker against the Italians after Halfpenny exited with concussion.

Solid scrums are built on props

There's an argument in rugby that the most important player in any team is the tight-head prop. Which means the recovery of Samson Lee from his Achilles tendon operation will be the soap opera of this summer in Wales.

The scrum creaked against Ireland, and only got on top against Italy when the starting front three Italians were substituted in the second half.

Those who worry about these things will point to Australia's run of 11 consecutive wins against Wales and say Gatland's men have no chance against the Wallabies at Twickenham on 10 October.

The kicking game that served them well against France and Ireland is a high-risk strategy against a team with Israel Folau at full-back, and the Wallabies attack with a pace and width rarely matched in the northern hemisphere game.

England are a seriously difficult proposition at Twickenham and are showing signs of developing the cut behind the scrum to go with the thrust their pack traditionally provide.

And let us not forget Fiji have upset Wales at the World Cup before - knocking them out of the tournament in 2007.

On balance, it would be fair to say that getting his team out of their difficult pool and into the quarter-finals would rank alongside any of Warren Gatland's achievements since taking over as Wales coach in 2007.

But if Wales achieved that, it would only be the start.

The fact is the Six Nations was the appetiser - the main course is in the oven and should be ready and piping hot by mid-September.