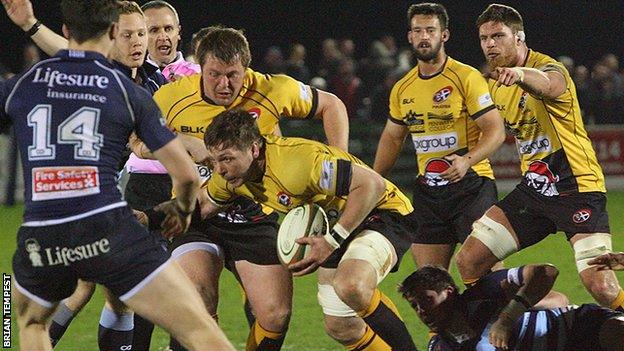 Cornish Pirates coach Gavin Cattle says he is delighted the club have broken their "hoodoo" at Bedford.

The 31-21 bonus-point win was the Pirates' first victory at Goldington Road since March 2011 and came thanks to two tries from Craig Holland and one each for Tom Kessell and Matt Evans.

"The really pleasing thing from a coaching point of view is how the boys applied themselves," he added.

"Lessons were learnt from the Rotherham game. It got a bit nail-biting towards the end, but the boys showed a lot of maturity and closed the game up really well.

"We had three quickfire tires in the first half and it got a bit hairy towards the end of the second half. But they dug in, took the opportunities well and it was pleasing to see we've taken those messages on board and we squeezed them and managed to get that final try in the last three minutes."

The result leaves the Pirates seventh in the Championship, 19 points clear of the relegation zone with four games to go.