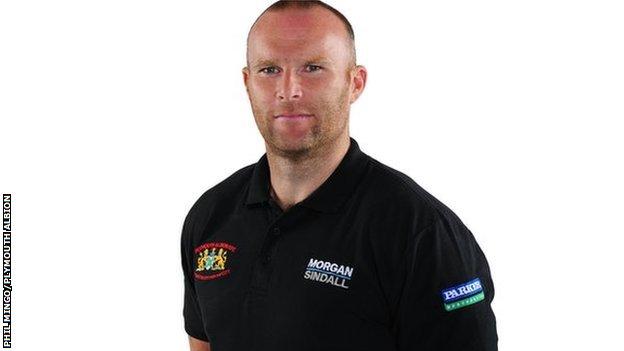 The Devon club are seven points adrift at the bottom of the table with three games of the season remaining.

Director of rugby Graham Dawe will take over team affairs until the end of the 2014-15 campaign.

Shanahan took over at the Brickfields in the summer of 2013, but the club have struggled this season, winning just three league games as well as suffering financial issues.

His contract was due to expire at the end of the season.

"Our focus has to be on the future," said chairman Peter Vosper in a statement. "With a home game coming up on 11 April against Bristol, the team will need as many Plymouth fans cheering them on as possible."

Shanahan replaced Nat Saumi as head coach in the summer of 2013 and led the club to an eighth-placed finish in his first season.

But they failed to win a single league game from the end of February 2014 until 10 January this year when they beat Moseley 19-18, a run of 17 league games without a victory.

Shanahan's last game in charge was the 27-16 defeat at south west rivals Cornish Pirates on Sunday.

The loss, coupled with second-from-bottom Moseley getting two bonus points at Rotherham, meant Albion were cast further adrift at the bottom of English rugby's second tier.

To survive, not only do Albion have to get a bonus-point win at Moseley next month, but also need at least two more bonus points from their games against leaders Bristol and Doncaster and hope Moseley fail to pick up any more points.