Wing Eli Walker had been hoping to treat Ospreys' Pro12 Judgement Day encounter as "just another game", but national coach Warren Gatland's presence in Saturday's Welsh showpiece may put paid to that that idea.

In November 2013 Walker had been on the cusp of a debut Wales cap against South Africa, only for a hamstring injury to cruelly deny him the chance to bring his potent mixture of pace and power to the Test arena. 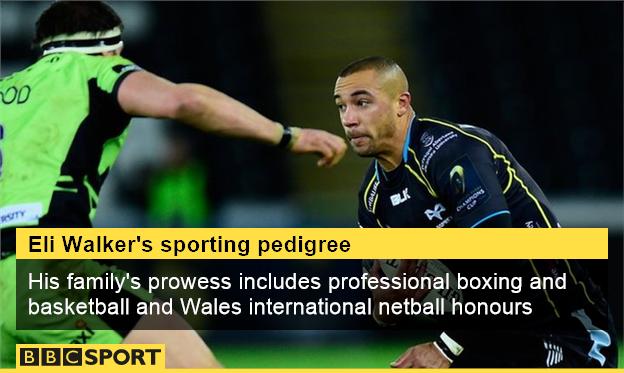 "I suppose it was the highest point of my career and then it was just all taken away and probably the lowest straight after, within a couple of hours," says the 23-year-old.

In the meantime Walker's former Wales Under-16 and 18 team-mate George North's career has continued to hit the heights while injured Blue Alex Cuthbert and exciting Scarlet Liam Williams have made their mark at Test level. 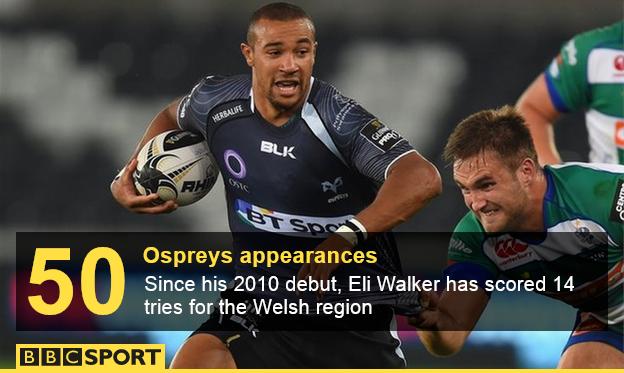 Saturday will be Walker's first outing at Cardiff's showpiece venue and a stand-out display would do his chances of forcing his way into the World Cup reckoning no harm.

If he succeeds, he would not be the first from his family to earn international honours.

His Wales international footballer cousin Jazz Richards is on loan at Fulham from Swansea City.

He has recovered from shoulder and further hamstring problems this season to return to form in Ospreys' bid for a top-four play-off spot.

"I'm sick to death of talking about injuries," says Walker.

Even so, the former paperboy and sports embroidery shop worker who "did not excel" at school feels "quite blessed" to be a professional.

That remains the case even though he finds difficulty in relaxing after a game.

Before appearing in front of Saturday's expected 50,000-plus crowd, he says: "I can never sleep the night after a game. It just keeps going through my head."

"Win or lose, play well or not so well, I can never switch off."