Lock Jake Ball is determined to regain his place in the Wales side after losing his spot to Luke Charteris in the Six Nations.

Ball, 23, started against England and Scotland but Racing Metro's Charteris was preferred after that.

Scarlets' Ball has an opportunity to impress Wales coach Warren Gatland against the Dragons on Saturday.

"You've always got to fight for it and obviously at the moments it's Charts' shirt," he said.

"It just shows you that the position is never yours. It's my job to chase him down and grab it back off him.

"He's obviously a different style of player to me and I've got to prove my point of difference to regain my starting position.

"The big thing is how you react to that. You can either go into your shell or you try and crack on and I'm trying to crack on and work my way back in." 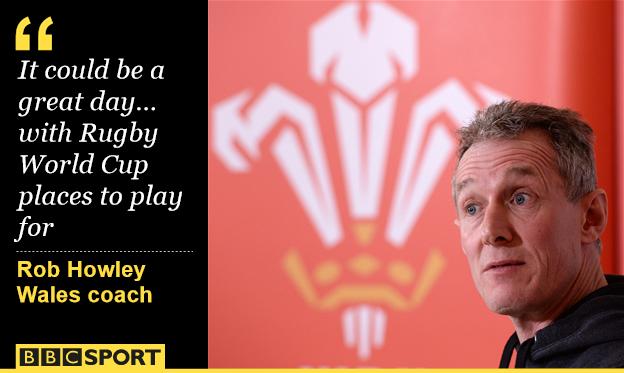 Gatland has confirmed he is returning to Wales for the Judgement Day matches at the Millennium Stadium on Saturday, which also sees Cardiff Blues face Ospreys.

New Zealander Gatland and attack coach Rob Howley have said regional form will play a part when the World Cup is selected.

Ball says the priority is to secure victory for a Scarlets side targeting a place in next season's European Champions Cup.

But Ascot-born Ball is well aware a good performance on Saturday could go a long way towards securing a place in the World Cup squad.

"The focus is making that top six with the Scarlets," Ball added.

"You play well and hopefully win the game and obviously impress selectors as well."