BBC Sport looks at the nine Welshmen who have already become European champions.

The ex-Newbridge and Cardiff player came off the bench as Brive beat Leicester 28-9. 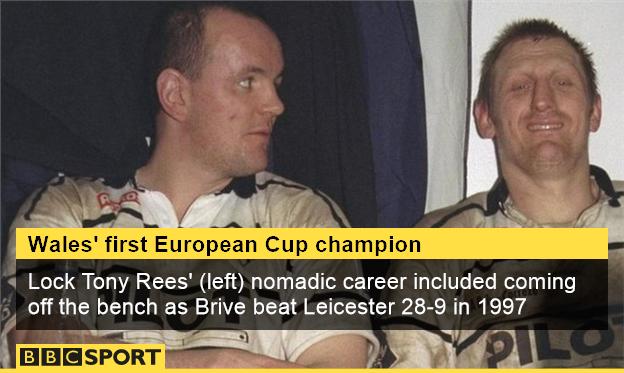 And where is he now? Rees, 49, lives in Brisbane, Australia, where he runs a landscaping business.

He and back-rowers Richard Webster and Nathan Thomas played their part as Bath took the title off Brive with a 19-18 win.

Evans is now a businessman and pundit, Webster runs a building firm and Thomas teaches at Llandovery College. 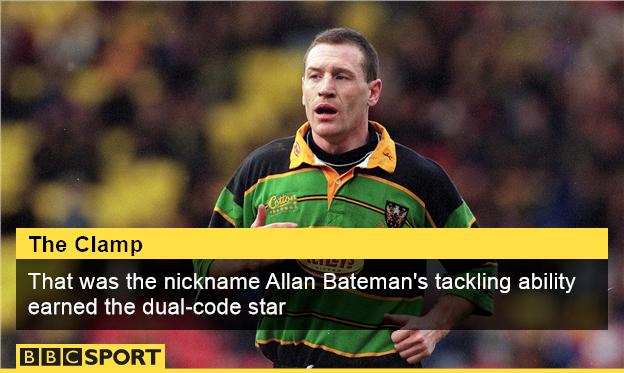 Maesteg product Allan Bateman was approaching the twilight of his top-flight career when helping Northampton to their 9-8 final win over Munster in 2000.

Lining up alongside the centre who had played for Wales and Britain in both rugby union and league was lock Andy Newman, who later played for Ospreys.

Extra-time loomed in the 2004 final only for Rob Howley to chase what seemed a lost cause at Twickenham. 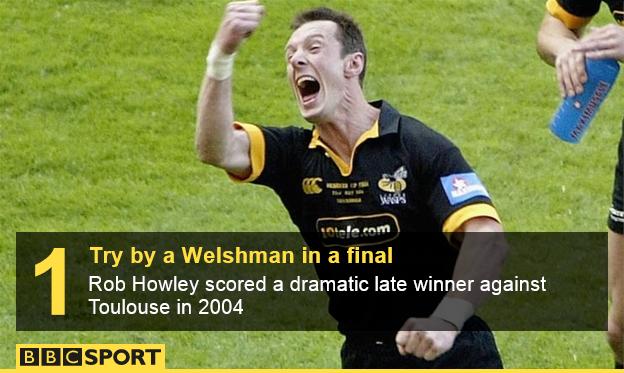 As Toulouse full-back Clement Poitrenaud stood over a slowly rolling ball, Howley ended a long run by diving on it to score and secure a 27-20 victory.

Warren Gatland was at Wasps' helm and he and Howley are helping to plot Wales' 2015 World Cup bid.

Ten years before this season's all-French final, Thomas was part of a Toulouse team taking on Stade Francais in another, alongside current Toulon player Frederic Michalak. 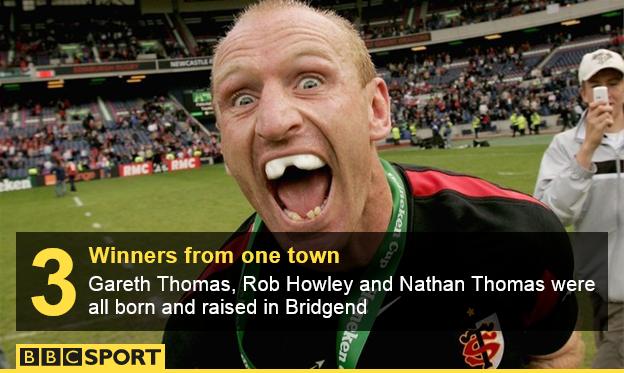 Thomas was Wales captain when Toulouse beat their Parisian rivals 18-12 and later that year led the British and Irish Lions in New Zealand after Brian O'Driscoll was injured.

Since retiring, Thomas has worked as a rugby pundit and television personality.

Halfpenny hopes to follow Wales and Lions prop Gethin Jenkins' example by adding a European winners' medal to his CV with Toulon.

Jenkins, who subsequently returned to Wales to play for Cardiff Blues, replaced fellow Lion Andrew Sheridan in their 16-15 win over Clermont in 2013.

Wales' most-capped player - he has made 114 appearances - hopes to help Warren Gatland's Wales side to success at the 2015 World Cup.