Wales had already announced plans to train in the heat of Qatar and experience high altitude in Switzerland.

He added that they will also return to Poland, where they have twice held camps under Gatland.

Asked by Scrum V if players should be dreading what lies ahead, the coach said "Yes".

Cryotherapy chambers allow players to train up to three times a day, subjecting them to temperatures as low as -160C for a three-minute session.

The New Zealander was also keen to underline luxury will play no part in the players' training experiences during the tournament build-up.

"I just want to re-iterate, these players are not going on training camps and staying in five-star hotels," Gatland said.

"It is a training camp and it is like going to a university campus where players sleep in small rooms, single beds, eating in a buffet-style cafeteria where they've got to queue up with the rest of the athletes.

"It's worked for us in the past and I don't see any reason to change it." 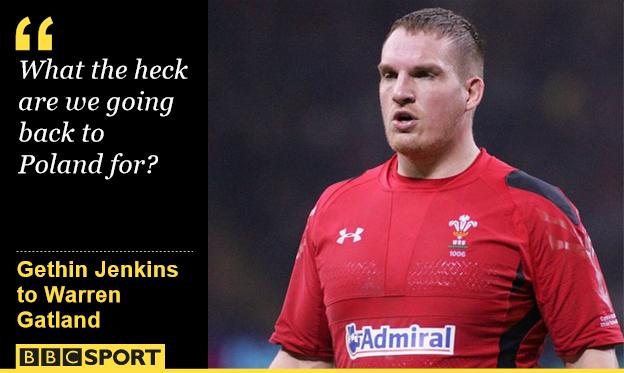 Wales play two warm-up games against Ireland and face Italy in Cardiff amid those preparations.

Gatland says the games are "a chance for some players in the squad to get an opportunity to stake a claim in terms of selection so there'll be a little bit of experimentation."

"I can promise you that when we turn up for those warm-up games we will be in good shape."

At the World Cup, Wales will face hosts England, Australia and Fiji in Pool A after an opening game against Uruguay on 20 September in Cardiff.