England head coach Stuart Lancaster said the 23-year-old would not be considered for selection until January, ruling him out of the 2015 World Cup.

"There is no excuse," Dawson said. "He is potentially a great player for England and it's so irresponsible."

Tuilagi, capped 25 times, is understood to have grabbed a taxi driver by the throat and kicked the vehicle's wing mirror before pushing two female police officers in the chest as they attempted to handcuff him.

He was fined £6,205 when he appeared before magistrates, having been charged with two counts of assaulting a police officer, assault by beating and causing criminal damage in the incident in April. 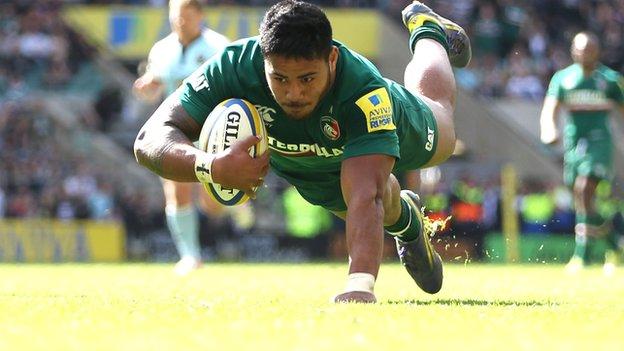 The Samoa-born player missed all of England's Six Nations campaign with a groin injury, but had hoped to return in time to feature for his country at the upcoming home World Cup, which begins on 18 September.

"He deserves everything he gets, he's got a terrible record." he said. "I'm just disgusted, I'm disappointed."

Guscott said Tuilagi's misdemeanour would "live with him for the rest of his life".

"We are all supporters of rugby and we are all disappointed," he added.