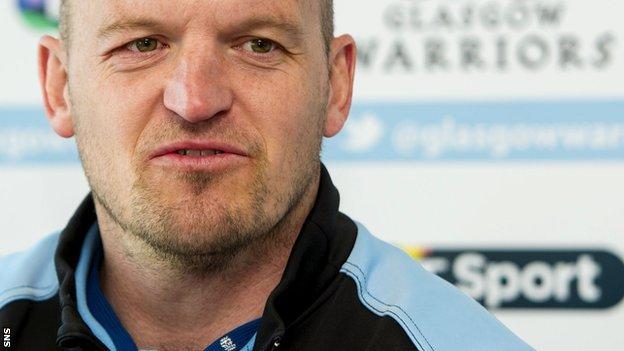 Gregor Townsend says being named Pro12 coach of the year is a reflection of the hard work of everyone connected to Glasgow Warriors.

Townsend, who has guided Warriors to the top of the table this season, said everyone from the coaching staff to the analysts had played their part.

"It also reflects what the players have done this season as they are the guys who ultimately win games," he said.

"Everyone has put in a lot of work to make... progression take place."

Warriors secured 16 Pro12 victories this season to set up a semi-final against Ulster on Friday.

"It will be a very tough game but we're just delighted to be playing at home," Townsend told BBC Scotland.

Ospreys and Wales half-back Rhys Webb was voted Pro12 player of the season and Edinburgh scrum-half Sam Hidalgo-Clyne was named young player of the year.