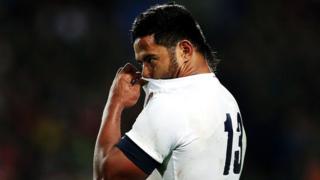 Tuilagi must 'prove who he is'

Leicester Tigers director of rugby Richard Cockerill says centre Manu Tuilagi needs to focus on rugby and "prove that he is the player and person that he is".

Tuilagi will miss the World Cup in September after England head coach Stuart Lancaster said the 24-year-old will not be considered for selection until January, after he admitted assaulting police officers.

Tigers travel to Bath for their Aviva Premiership play-off semi-final on Saturday and Cockerill is keen to draw a line under Tuilagi's case, believing it has been "done to death".