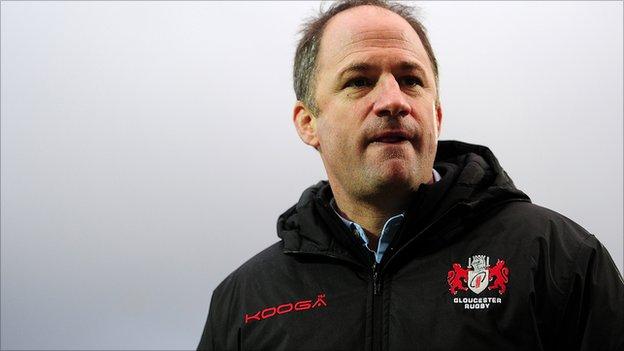 Gloucester director of rugby David Humphreys has defended the appointment of Jonny Bell as defence coach.

Muggleton's exit is the one change this summer to the coaching set up.

"We are in a better place then we were when he first arrived, but I do believe Jonny will add something different and in 12 months we will be better again," Humphreys told BBC Radio Gloucester.

He previously worked with Bell at Ulster, but admitted that dispensing with Muggleton was a "big decision".

Humphreys continued: "We, as a club, are looking for stability in our playing group and to strengthen all the time and the same applies to your management group. We are always looking for opportunities to make our team stronger and where we can ultimately affect performances, which will ultimately affect results.

Humphreys said Bell would relish the opportunity awaiting him at Kingsholm as Gloucester look to improve on ninth-place in the Premiership next season.

"The decision was made a few months ago and he have been very aware of what's been happening in Gloucester. He and I have had a number of discussions around what I believe needs to be done to improve our defence."