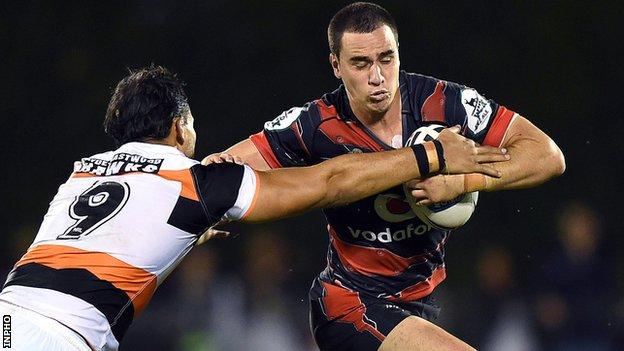 The 23-year-old, who was born in New Zealand, represented Ireland in the 2013 Rugby League World Cup.

Pewhairangi played rugby union as a youth before switching to rugby league with his clubs including Parramatta Eels and most recently NZ Warriors.

"Joining Connacht is extremely exciting for me and I want to make a big impact," said Pewhairangi.

He added: "I am proud to be returning to Ireland, my grandmother's homeland."

Pewhairangi started his rugby league career at 17 with Wellington's Te Aroha Eels. while he also represented the Junior Kiwis.

"At 23 Api has already achieved a lot on and off the field," said Connacht coach Pat Lam.

"He is keen for a new challenge in transitioning back to rugby union where he spent his youth playing.

"With our big focus on skill development and continued learning and understanding of the game here at Connacht rugby, I have no doubt he will have a great opportunity to meet his challenge head on.

"His professional rugby league experience will add another skillset to the squad and we look forward to him joint the squad for preseason."